A History of Building Abandonment in the South Bronx. 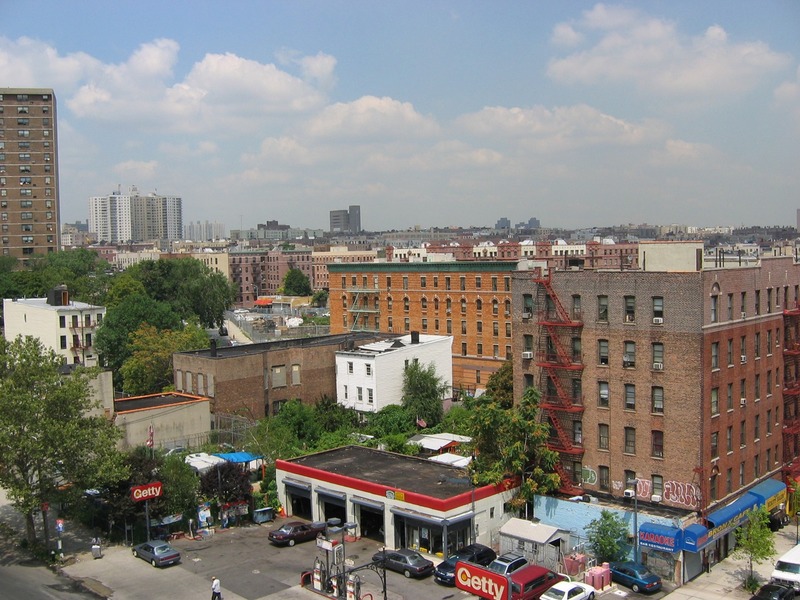 View from roof of 161st St. and Melrose Ave. before building rennovations.

"Well, directly across the street there was a gas station, that’s changed ownership… I can’t recollect how many times..." - Greywolf.

Greywolf grew up outside New York City in the Catskill mountains and moved to the South Bronx with his Great Aunt, “a full blood from Cherokee North Carolina” in 1974, at age 14, “I was shocked… I had never seen so many people before, I had never seen a Hispanic before.  The subway trains, I mean it was just… I couldn’t understand them” (4).  During the 1960s and early 1970s, preceding Greywolf’s arrival to the South Bronx, tensions between white ethnics and black and Puerto Rican members of the South Bronx burgeoned as the latter groups demanded equal rights and equal access to “housing, jobs, and welfare” (1).  These demands were exemplified during the "race riots" of 1964 as well as a “city-wide welfare rights campaign” launched in 1966.  Racial tensions arose as a result of the inability for low-income African American and Puerto Rican residents to access equal "rights, jobs, and housing" as compared to white America in the later 1960s.  The disappearance of white bodies from the inner-city areas exacerbated the ease by which governments were able to ignore the demands of lower-income communities of color, between 1960-66, the white suburban population grew 78%, while the central city population of white Americans declined by 1.3 million people, leading to a state of disarray in the South Bronx (1)(3).  "Racial tensions" arose because of a denial of equal access, leading to a state of "crime" and "neighborhood collapse" which prompted the New York Times to categorize the South Bronx as being in “a literal state of siege” (1).

Greywolf and his Great Aunt moved to their first home on 169th St. and Clay Ave., though his first home would certainly not be his last.  While Greywolf would move quite a bit within the South Bronx itself, he found himself involved in sporadic adventures outside of the state with his Great Aunt, “She would just say, ‘get in the car, we are going to the store’, and we’d end up in Georgia, Tennessee, or Qualla Boundary (North Carolina).  You know… it was… I hated it.  I hated all the traveling” (4.  After living on 169th St. and Clay Ave, Greywolf and his Great Aunt moved to 155th St. between Melrose and Elton, before moving to Melrose Avenue and 157th St, and then moving again to 215 164th St. in the 1980s. 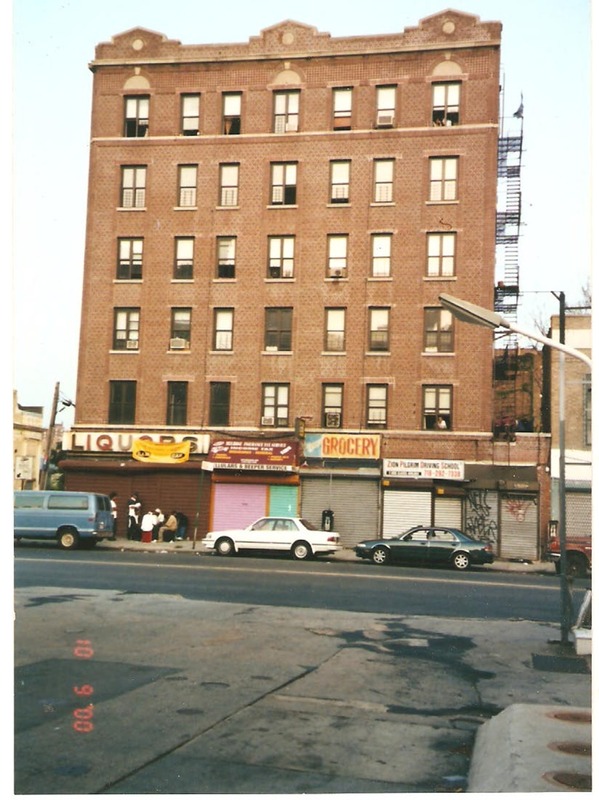 "The building on the corner did have a Spanish bodega, but now that’s not there, it’s a beauty salon now.  There were some stores where we were, those are all gone." - Greywolf 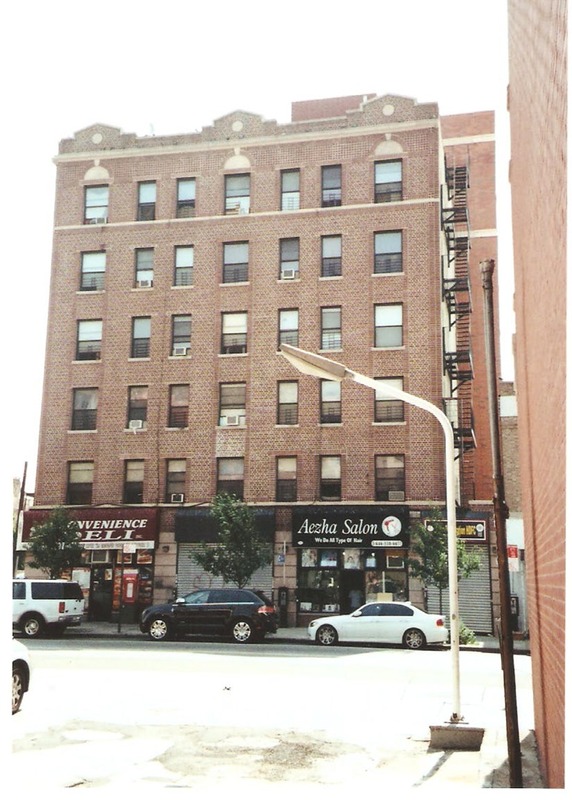 "The building on the corner did have a Spanish bodega, but now that’s not there, it’s a beauty salon now.  There were some stores where we were, those are all gone." - Greywolf

The moves to 157th St. and 164th street were both catalyzed by the fact that their landlord had abandoned the building, allowing all livable services to crumble, which “was the common practice by landlords in those days, to collect the insurance money” and then leave the building and its residents to make due with their plight and head elsewhere (4).  Urban renewal projects such as the construction of “an elevated expressway and eleven public housing projects”, a turnover of the ethnic composition of the South Bronx, and the inability for deeply rooted neighborhoods (“Mott Haven, Melrose, Morrisania, Claremont, Hunts Point and Crotona Park East”) to sustain a de facto code of anti-crime and pro-community values worked together insidiously to lead to a state of disarray within the South Bronx in the 1970s (1).  This frayed state, coupled with: a high concentration of people living in the South Bronx and the unemployment rate tied to the fact that, between 1970-77, 300 companies employing 10,000 workers went out of business or moved out of the Bronx” (1), led to the “common practice” of building abandonment, service negliegence, and the burning of buildings (4).  While obviously impacting those who lived within the buildings, abandonment would have serious ramifications on surrounding local businesses as well (1).  Such is noted in the change which Greywolf saw in the industries around him as the buildings he lived in were abandoned, "don’t forget that when the building becomes abandoned, the stores also become abandoned. There were many shuttered businesses and they had been shuttered for years, and, once the regeneration of the area started, those businesses, most of them, had moved on.  I don’t know of any businesses that were in the area when I was growing up that are still there" (4).  Between 1970 and 1981, the South Bronx lost more than 108,000 dwelling units… amounting to one third of the estimated 321,000 dwelling units abandoned in the entire city” (1). Local businesses which surround abandoned buildings were not able to return in full force, many of these businesses facing permanent decay after the disappreance of a market which was their lifeblood.  Abandonment is not a neutral happening.  Local businesses, cultural and community institutions, and individual livelihoods are disrupted by the ramifications of displacement.

Greywolf described the process of service dilapidation which catalyzed his move from 164th street, a “pre-war building” which he found to be “just excellent” before he took note that, as a result of negligent land lords, "the hot water wasn’t constant, the heat wasn’t constant, and people started stealing parts, stealing pipes from the basement… And what happened, you know, was the building it just became abandoned, everyone just… left” (4).  Despite the fact that Greywolf was made to move from his residence on 164th street, his story is one of re-claiming and demanding ownership, not one of consented abandonment.

← A History of Land-Grabbing & Displacement.
Reclamation and the Tenant Interim Lease (TIL) Program. →
A History of Building Abandonment in the South Bronx.