Public housing, low-income, and affordable housing are often used interchangeably in casual conversation. Despite them all referring to housing options offered below market value, the three of them are not the same. 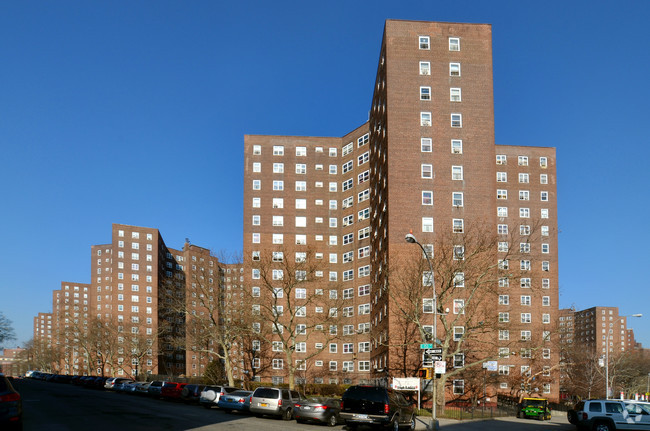 Public housing, or The Projects, is publicly funded (either at the local, state, or federal level) and owned apartment complexes. Residents living in public housing are often under stricter rules and policies than those renting a privately owned or sub-letted apartment.

Melrose Houses is the public housing located in the Melrose neighborhood. The buildings were completed 65 years ago in 1952 and provide over 1,000 low-income apartments to the area, serving as home to approximately 2,300 residents.

NYCHA also oversees the second branch of low-income housing, Section 8. Section 8 is a national program which allows individuals to rent in privately owned buildings, putting 30 percent of their yearly income towards rent. The remainder of the rent is subsidized by the government. Unlike public housing, those enroleld in Section 8 live in buildings all around New York City instead of in centralized apartment buildings.

Bronx Commons site, which will serve as home to the 426,000 sq.ft. development.

There’s some controversy about 80/20 programs because of the treatment of tenants in the 20 percent category. The buildings enrolled in the 80/20 programs tend to be newer and made with nicer amenities such as a gym or pool, catering to higher-income households. While in theory the units and experience of those paying less than market value should be the same as those who are paying market value for the apartment, features such as “poor doors” or alternative -and often rundown- entrances for those in the affordable housing program are used to separate the two types of renters.

In Melrose, there are quite a few buildings with affordable housing offered, often giving preference in the housing lottery to veterans. There are also projects in the works, like Bronx Commons which will provide more affordable housing units in addition to apartment units for homeless families, retail space, and the Bronx Music Hall.