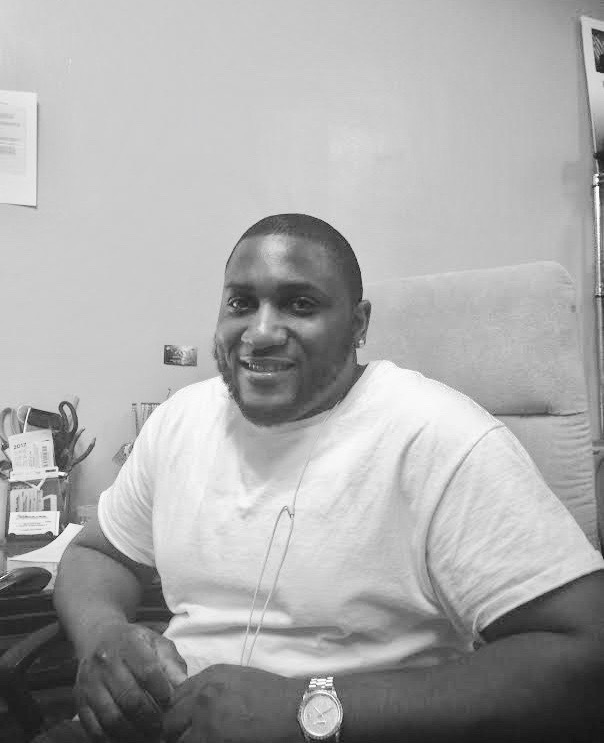 Chaney Yelverton and his family moved to the South Bronx in 1980 to live in New York City’s newest housing development, Morrisania Air Rights. Chaney was four years old at the time. Today, he lives in the building he grew up in, with a daughter of his own. Chaney explained that he has two jobs—a custodial position at a school which “pays the bills” and another job at Morrisania Air Rights that requires far more of his time and attention. As the Building Association President, he is a committed leader in the Melrose community. When asked why he chooses to dedicate his time and energy to such a position, Chaney responded: “Because I live here and I don’t want to move so, it affects, it affects me if I allow it to affect me. I don’t know if I’ll lose my job—you know, I’m gonna become elderly and it’s gonna affect me so if I can be part of the change to make it fair then I wanna do that.” He has taken it upon himself to improve the quality of life for all residents of Morrisania Air Rights, and the surrounding neighborhood. With help from five other board members, Chaney takes a democratic approach to addressing the community’s needs. Describing his leadership style, he stated: “My way is we’re a unit, like I have everybody on my board, lives in a separate building, so everybody gonna report the problems in their building, and then get them fixed collectively. Like, nobody’s the boss. We meet, we make decisions, then we make things happen, and that’s how we do it.” In discussing the everyday concerns at Morrisania Air Rights, Chaney pointed to two central issues that his community faces—poor building maintenance and a tense relationship with local law enforcement.