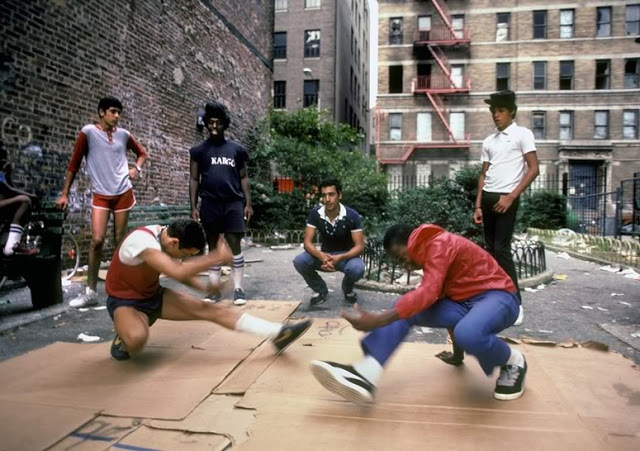 Breakdancing and Hip-hop Culture in the South Bronx. 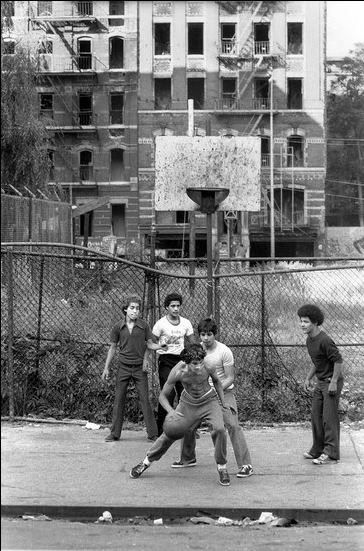 Chaney was thorough in addressing the problems his community experiences yet also emphasized over and over that his thirty-six years at Morrisania Air Rights have been good ones. He made it clear that he does not plan on leaving Melrose or his apartment for that matter. The community he grew up in is now the place he chooses to stay and raise his daughter. After his family moved out of Morrisania Air Rights and into other parts of the South Bronx, Chaney downsized from a four bedroom apartment to a two bedroom apartment but little else has changed. He has the same friends that he did as a child, and notices his daughter forming similar relationships. Many of the residents have also lived the buildings for thirty or more years so there is a sense of shared experience and belonging. Additionally, some of these residents were the first and only people to live in their apartments, the building has aged with them. Morrisania Air Rights is more than “towers in the park”—it is made up of spaces where individual and collective identities have developed, where people have cultivated place. Malpas articulates this idea: “When we come to give content to our concepts of ourselves and to the idea of our own self-identity, place and locality play a crucial role — our identities — our identities are, one can say, intricately and essentially place-bound” [9].  Chaney explained that people want to stay in Melrose because it is “all they know” and nonetheless, it is home. Since many Melrose residents live in public housing, work in the area, attend the zone school just blocks away, and do their shopping in the vicinity, people do not feel the need to go elsewhere. Chaney noted that some people have even been Brooklyn. In this way, the South Bronx is similar to a small town. People are grounded in the South Bronx, in their immediate neighborhood rather than the happenings of the city at large. While there are certainly global influences present, it seems that the South Bronx has formed a local identity, that has gone on to inspire urban life across the country. Chaney mentioned hip-hop and breakdancing as part of his upbringing, and the graffiti culture that his older brothers engaged in. He explained, “You know basically everything that defines New York City, it kind of started here.” The South Bronx has often been characterized by its destruction, yet rarely receives proper credit for the incredible amount of creation, leadership, and activism it has fostered.