Drugs were Coming in Strong 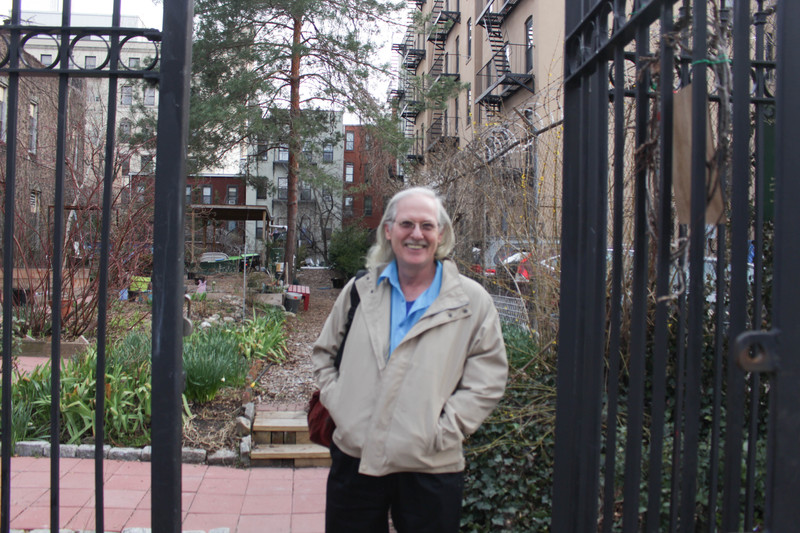 Marty Rogers has been in the South Bronx his whole life. The history of his family begins in New York City. "They’ve been here since the late 1800s, no connection to Europe, New York is our home always was our home” Rogers explains that there was a slow gravitation North through the generations, as did so many others. He used to ask his mother why she didn't stay on York and 71st, and she would answer, "Well in those days it was so crowded and congested and polluted coming to the Bronx was like coming to the country." Rogers loved the community of the South Bronx nonetheless, and wouldn't give it up for a thing.

Rogers' family strongly pushed education on him and his two older brothers. His parents never made it past high school, his father had a 7th grade education, but clearly wanted something different for the children. Rogers went from Cardinal  Hayes High School to City College to Hunter College for his masters. During the time he was going to college, the Vietnam War was taking place and school was a way to stay out of one of the deadliest wars fought by the U.S. "No disrespect to the veterans." adds Rogers.

According to Rogers, the neighborhood he grew up in was a relatively safe space. In the summer, the street that the school was on would close down and it would turn into a "Play street" where they played games such as stick ball and "ring-a-levio."

Rogers felt that the neighborhood was safe for the most part though, he explains, “There was just this prevailing sense that drugs were coming in strong.” Rogers explained how drugs coming into the neighborhood was like an evil force. It brought crime and disarray. The ones using would break into buildings, schools, churches. “Drugs create crime, crime makes the streets not safe.” To Rogers this was just a part of life, it was all he knew as a kid so it seemed like this was happening all over the country. Rogers recalls hearing about the assassination of Dr. Martin Luther King on TV, which fueled the belief that the whole country was experiencing what the South Bronx was experiencing.

Crime in the South Bronx rose dramatically in the 60's, primarily due to drugs. A Bronx Councilman claimed crime created an "Atmosphere of terror." (Gonzalez. The Bronx A History) This clearly wasn't the case with all of the residents in Melrose. The description that Rogers' gave of his childhood experience took more to the tone of, "You make the most of what you have." Though it didn’t say this specifically. The instability of the community at the time may have affected many aspects of life but in the experiences of children whose concerns are someone limited outside their sphere, it seems to not make a difference in how the space is used for play. Historians like Gonzalez like to point out the disadvantages of the community in an objective sense, but to the people actually experiencing it, these disadvantages are sometimes seen as advantages as Rogers points out, in the sense that one learns how to protect themself and understand how to survive in extreme conditions. 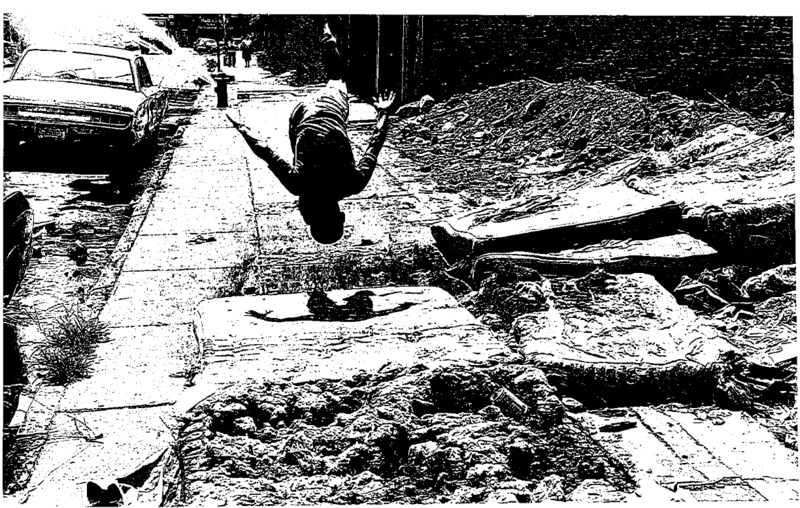 This is a commonly seen divide between hegemonic forms of history and more narrative based history. A photograph by Mel Rosenthal titled Nelson Playing captures a child down a flip on a tatted mattress lying in the middle of the sidewalk amongst other garbage. In this case, the lack of cleanliness in the neighborhood provided some positive resources for the child. Often times it seems historians use so called important events to understand the past so much so that they forget that memory and experience is sometimes more grounded in reality.

"Why are you doing this to us?" →
Drugs were Coming in Strong